I am writing to you because I have had the Quad Sata Hat on my RPI4 4GB since January and a few days ago I changed it to the 8GB one.

I have tried with OS. Raspian and now with Ubuntu.

I have 4 2.5" drives connected and the power is 12v 5A to the board. But I also tried it with the ATX connector.

It works fine for me when it starts, but when it has been active for a while, the disks are disconnected and there is no way to recover the data, it is only solved by unplugging the power and connecting.

Attached capture of the failure when the HDD begins to disappear. 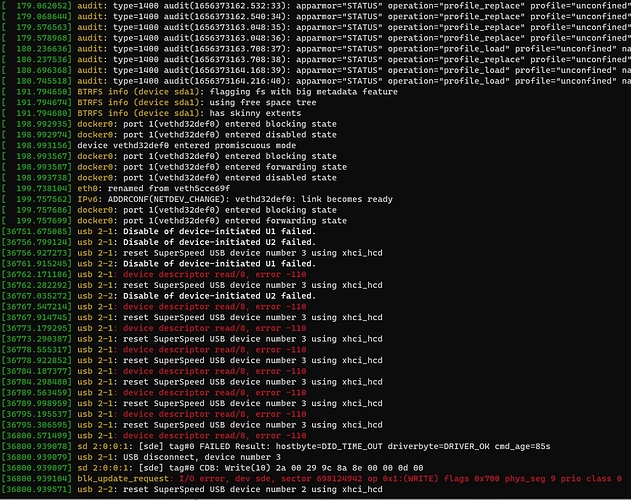 I have been reviewing the forum, with topics from other users that the same thing happens to them.

SATA 1 AND 4 of Quad SATA HAT not working

Also the command “mkinitcpio -p linux” is not available to me, it is Ubuntu.

I’m still the same, the units are disconnected and connected with another name.

still the same, the units are disconnected and connected with another name

Well, you can’t fix connector or underpowering problems by exchanging a driver. ‘Disable UAS’ is often a joke since all it does is exchanging the error messages that do read ‘uas $something’ before with ‘xhci $something’ when mass storage is used.

USB3-A receptacles are maybe the worst connector ever invented since the contact area is super tiny and the position of the data line contacts ensure that even vibrations can end up with issues: 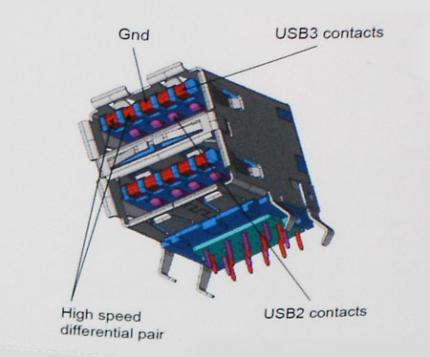 I would try to exchange the USB cable first with one that really fits tightly, and if that doesn’t help check power supply situation and here the cable since the problem often is not the amps but voltage drops due to cable diameter too small.

I did the test and I got the following error. "Maybe the USB cable is bad? "
These wires don’t seem to be making good contact.

Already desperate as you indicate, I tried to connect it to the usb2.0 ports of the RPI since with the bridge you cannot do it.

Although it worked at 480M instead of 5G, they have been working for 2 weeks without problems.

I did the test and I got the following error. "Maybe the USB cable is bad? "
These wires don’t seem to be making good contact.