Using AX210 on Rock 5B, but bluetooth can not work

Summary from internet[1], I have tried copying the latest firmwave to “/lib/firmwave/” to enable AX210: 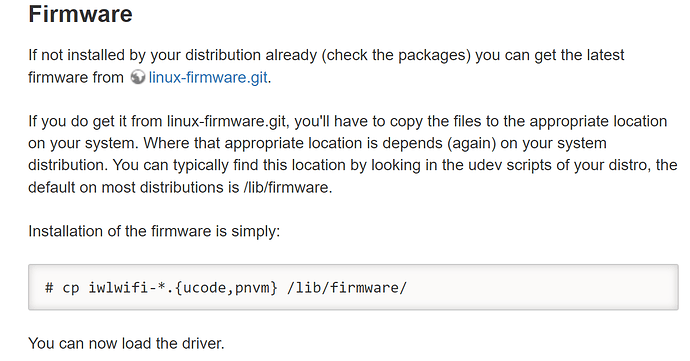 But that still not work.
Finally, I rename a .pnvm file then wifi can work according to [2], but bluetooth still not work. Bluetooth is with a error message " Bluetooth: hci0: Intel Read version failed (-22)".

This is not Ubuntu/Debian on x86 (where the distro team cares about kernel versions and that kernel and userland match) so there won’t be such ‘kernel update to 5.15+’ anytime soon. You’re currently running your RK3588 device with a forward ported vendor kernel that dates back to some 2.6 version.

Efforts to support RK3588 and its various IP blocks in mainline kernel have started recently but this will take a long time and eventually there will be some 6.x kernel supporting a number of subsystems. In half a decade maybe all IP blocks might be supported by upstream mainline kernel.

In the meantime you can hope on Rockchip forward porting their BSP kernel another time (in 2015 they were on 4.4 with RK3399, then on 4.19, currently on 5.10 and within a few years they will be on a more recent version that will be then Google’s required kernel version for the respective Android version Rockchip wants to support).

Oh~. Thanks a lot. It seems like that changing to another suitable M.2 card is a better choice now ==.

Sorry, I only have an ax210 card, so I know little about REALTEK’s BLE5.2. We can wait someone others’ advice.

It seems like that changing to another suitable M.2 card is a better choice now

At least you will stay on 5.10 for a long time and the testing and driver optimisations at Rockchip and Radxa focus only on a small number of chipsets. Based on what’s used in the field and what’s recommended I would believe RTL8852BE is a solid choice.