I’m just planning a PCB as a connection between my RPi4b and the Quad SATA hat since both PCBs - RPi and SATA - should be horizontally parallel mounted on a PCI bracket / frame (the right PCB is the SATA hat, the grey block represents the SATA sockets with the minimum height for plugged in SATA cables).

PCI_all.jpg1848×761 244 KB
Now my problem is the power supply. I’m having a 12 V PSU with a barrel jack plug (5.5x2.5mm) which fits perfectly in the socket on the SATA hat but I can’t use this socket since there won’t be any space for that (it’s right next to the RPi’s GPIO header).
So I thought of connecting the barrel jack plug to a socket on my own PCB and connect this to the 4 pin ATX PSU socket on the SATA PCB. 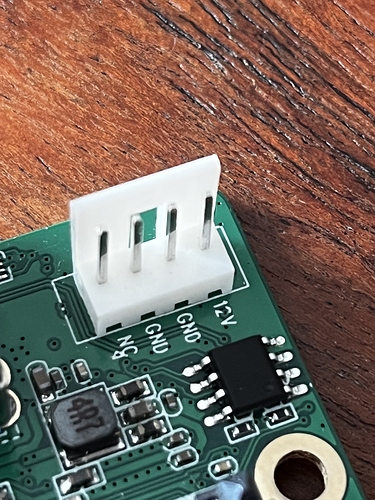 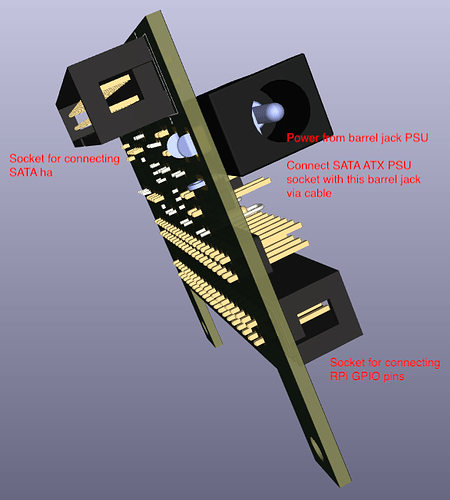 I hope someone has any idea why the board won’t “turn on” properly.

Many thanks in advance!
Stefan

I solved the problem… I limited the test PSU to 100 mA maximum. After increasing this limit to 500 mA, the board (and RPi) was powered properly.