Possible to use 5V Relay module with GPIO?

Background:
The Rock Pi RK3399 SOC can get hot while working. To help with cooling, I am trying to add small heatsink + fan. The fan is a bit loud though, and not needed all the time.

To automate, I am trying to use a relay to switch the fan using GPIO.

The issue:
I am using a 5V relay module with Active Low output (known to work with 3.3V as well). This relay works with my Raspberry Pi 3B.
However when I am using it with Rock Pi 4B, it is not able to switch the relay. Tried it with different pins, but same result.

Is it possible to use a 5V (Raspberry Pi 3 compatible) relay with the GPIO? Thanks.

Searching online, there are some ways to convert 3V and 3V3 signals to 5V:

I think the simplest (for me) would be to purchase a logic converter to convert the GPIO signals to 5V. It would require some soldering and connections to the relay.

You just need one simple and very cheap transistor to control the 5v signal with the 3v.

Try a 2n7000. Major online electronic component stores sell them for about $0.25 each INDIVIDUALLY, or Amazon or ebay you can get a bag of 100 of them for around $10.

HOWEVER, there is potentially a better option;
Get yourself a 5V PWM fan. Wire +5 and GND into the red and black wires.
Connect the PWM wire (typically blue) to a GPIO.

PWM fans have a voltage divider in them, so the operating voltage will be anything above 2.5 volts. Now you can control the fan all the way from OFF to maximum by varying the PWM duty cycle. If you can’t figure out how to PWM it, you can just switch the GPIO on and off to switch the fan between maximum and minimum. If you can figure out how to work the PWM, then you can do something fancy, like varying the RPM based on the CPU temperature.

I agree with libdroidman, you really should consider to use a transistor, so you can control the fan speed using a PWM signal.

This tutorial is ideal for a start: https://www.instructables.com/id/PWM-Regulated-Fan-Based-on-CPU-Temperature-for-Ras/

@lbdroidman I didnt know I could use a ready made 5V PWM fan!
Searching online, Noctua-NF-A4x20-5V-PWM seems to be option. I like it, especially the quiet part, but its not available locally and importing would be costly. Your simple instructions to connect the components are helpful.

@julien I didnt know I could make a PWM fan by using those components! That is indeed much better than operating the fan at full force. Noted and bookmarked.

I ordered some components today, would have added the required parts if I had known.

Thanks guys @lbdroidman and @julien, your suggestions are very helpful!

Yeah, that Noctua would definitely do it. But they do tend to be pretty expensive, and worse if you have to import them.

The downside to the 2n2222 is that its a BJT, which means you need to drive the right current to the base. Not terrible to calculate, but much simpler to slap in a FET and not have to worry about what the right size of resistor is.

I am trying to figure it this out in my head. One connection seems missing: the Data Input pin of the Relay.

Here is a crude diagram:

I really can’t tell what you are trying to show with that diagram.

Relays don’t have data pins. They have coils. One side of the coil will be +5V, the other side GND. When power is applied to the coil, it creates an electromagnetic field that pulls the switch into the other position (on).

When the transistor switches on (by applying +3.3v to its GATE pin, not shown in the diagram above), the circuit is complete and the relay coil is energized. 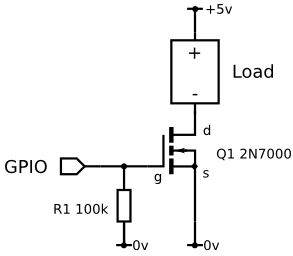 “Load” is the relay coil.
You do not need R1 on this type of GPIO pin.

I meant a 5V relay module, like this. Sorry, I didnt realize that there is another type of relay which is similar but different. Will edit my post.

Ok, so on those “modules”, the relay is the part that says “songle” on it, which you now know how to drive directly without all the other nonsense on those boards.

You see the jumper that says RY-VCC, VCC, GND? Take that jumper off. Put 5V to RY-VCC, put 3.3V to VCC, put GND to GND. Then hook GPIO pins DIRECTLY to IN1 and IN2.

It may not work, however, because they have selected an inappropriately large value of resistor at R1/R4. For those optocouplers at 5V, those resistors should be about 190 ohms. They selected 1000 ohms, which means that the LED in the optocoupler isn’t running anywhere near as brightly as it should be. At 3.3V, it should be 105 ohms. So if it doesn’t work, I’d suggest changing those 2 resistors for 200 ohm, which should be enough to run it at 3.3v while still being safe at 5V.

Those resistors are standard 0805 sized surface mount, which is not terrible to work with by hand. However, as an alternative, you could also use a conventional radial resistor of about 250 ohm and just run it in parallel with the 1000 ohm surface mount resistor to bring you to the same value.

In that case, you can connect one side of the radial resistor to the PIN1 of the optocouplers (the part that says “817C” – pin 1 is marked by a DOT and has the square shaped pad), and the other side to one of the “VCC” pins.

I ordered components required for all 3 approaches. Initially meant to go for @lbdroidman’s approach to use transistor to convert 3V GPIO signal to 5V, but the connection diagrams went over my head.

Review of approaches below:

Didnt work for me. Tested both on Rock Pi 4 as well as Raspberry Pi 3. Maybe the component is faulty, or I made an error while soldering (newbie at it).
Not recommended due to large no of connections and soldering required.

2. Using 2n7000 transistor + relay
Have the components, but dunno how to connect them together.

3. Using 2n2222 transistor + 1K resistor + diode
This worked! The guide posted by @julien was simple to follow. Used a mini breadboard to connect the components. Worked on first try. Simplest and cheapest of all options. The breadboard connections are not rock steady, soldering can help if experienced. Instead of PWM I am using it in on off mode by connecting it via GPIO. 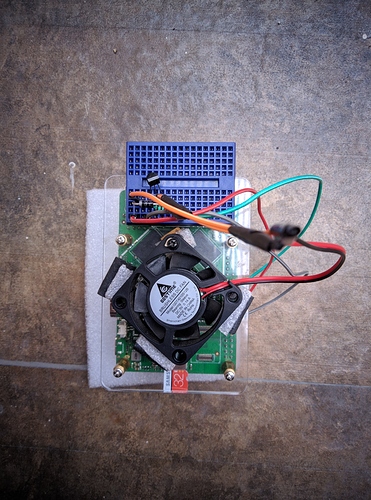 I have the same situation here, I bought a 5V fan but I don’t want the fan to be on all the time. I am wondering if it wouldn´t be possible to plug the red to +5V and the blakc to GPIO2_A7(PIN #3) setting it as output with value 0.

In fact I’ve tried it without success. How much current the GPIO can source?

I am wondering if it wouldn´t be possible to plug the red to +5V and the blakc to GPIO2_A7(PIN #3) setting it as output with value 0.

Nope, certainly not! I have read that its possible to brick your Pi by making wrong connections, so would advise to research before trying!

To allow a 5V fan with 2 wires to be on and off, additional components are needed. These can include:

If you are a non technical user, i would suggest one of the following options:

Thanks @aaditya, I think the diode-transistor-resistor is my best bet. I’ll post the result as soon as I have implemented it.

I just can’t PWM it. I am trying this:
root@rockpi:/sys/class/pwm/pwmchip0# echo 0 > export
-bash: echo: write error: Device or resource busy

I believe PWM has to explicitly enabled via editing /boot/hw_intfc.conf

I followed the instructions. Installed rockchip-fstab and rockpi4-dtbo, edited /boot/hw_intfc.conf to set pwm0 and pwm1 to on, but after a reboot I am still getting that device is busy.

I believe /boot/hw_intfc.conf is being ignored. Is there anywhere else that could set this?

I dont know about it, would suggest to open a new topic.

I am sharing the code of my fan-controller. 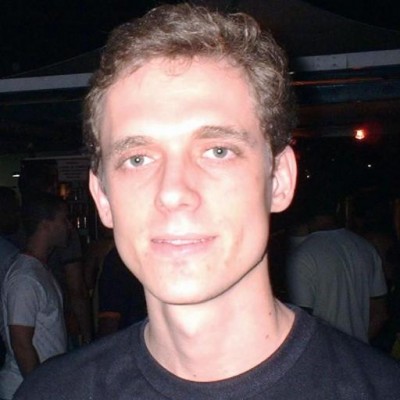 A program developed to run on the ROCKPI4 to control a 5V fan connected to any GPIO through a NPN transistor. - rodvlopes/rockpi4-fan-control