New ROCK 3A brought to you by Radxa and Rockchip

We are so thrilled to announce our latest SBC, ROCK 3 Model A, is brought to you by Radxa and Rockchip Toybrick team. We co-developed the ROCK 3 Model A SBC, with hardware defined by Radxa and technical support from Toybrick team. Rockchip choose to work with Radxa because we both agree the SBC is part of the infrastructure of the AIoT world and the growing demand of Radxa SBC during the past month s is surprising at this global chips shortage time.

ROCK 3A is basically a little brother of ROCK Pi 4, with some improvements from the experience on ROCK Pi 4, the main features are: 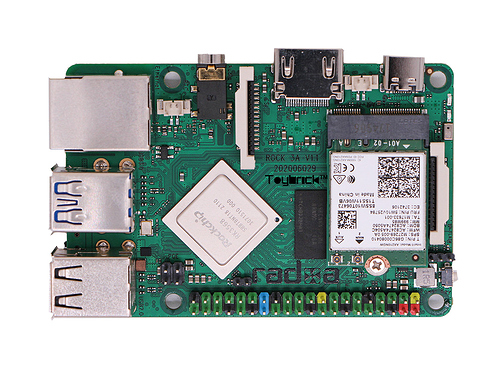 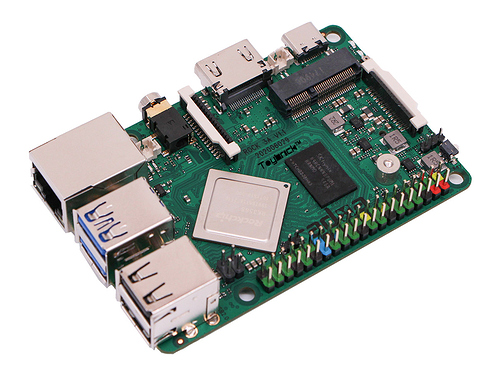 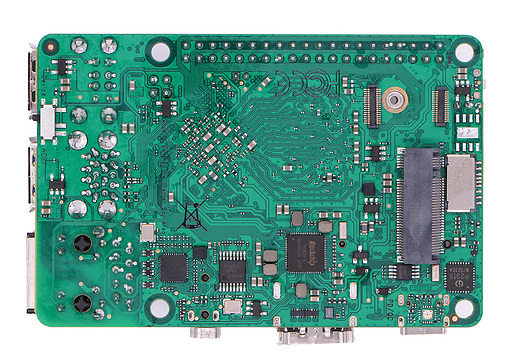 ROCK 3A will run Debian 10, maintained by the Toybrick team. Other community distributions will also be supported too.

Availability:
Early samples(few) for developers are ready. A larger batch will be available in late August.

Please send samples to Manjaro and Developers of Collabora to push upstream support.

Radxa, sell it on Aliexpress at these prices. Aliexpress shipping rates are way cheaper than DHL and EMS, takes time to deliver but work nicely for some countries. Jack Ma would agree.

I presume Aliexpress take a cut which might work out the same if added selling price.
I purchased a Radxa Zero 512mb specifically to test what the import tax would be as was thinking the great price on those SBC is absolutely killed by delivery cost and hidden import tax that comes later.

On more expensive boards the delivery effect is less but like @avaf says maybe say nations like UK supply direct via aliexpress or ebay as it doesn’t conflict with EU distributors.

For voice AI the digital 3 channel ADC is possibly interesting for beamforming if the pads are on GPIO.
There are some interesting edge applications but keep thinking its could of had a big network video recorder (NVR) appeal that looks to be lost.
Guess https://www.aliexpress.com/item/1005002431083213.html is allnet china going to be supplying these as if they can be sourced on purchase at a good price its sata x5.
Would of been even better if x3 onboard + x5 and overall x8 but guess you still have the USB but presume native is more performant.

Radxa, sell it on Aliexpress at these prices. Aliexpress shipping rates are way cheaper than DHL and EMS, takes time to deliver but work nicely for some countries. Jack Ma would agree

I totally agree with this. As most of the time shipping becomes more than the device value.

https://shop.allnetchina.cn/ is a better option than aliexpress, IMHO similar low pricing and way faster shipping time than aliexpress. Allnetchina uses EMS which will work with Postal Service from your country and they ship worldwide(7-10 days to Canada and US aproximately). Unless someone lives next/close to china, aka India, mongolia, vietnam, russia, etc, for people living in the western hemisphere, in my case north america, allchina is a much better option without having to wait 1-2 months for a package to arrive. They are very professional with the communications and the packing too and ship within 1-2 business day after placing order.

Nice board packing some interesting features.

Does the Rock 3A have onboard WiFi/BT?

No. It’s your choice to choose WiFi 4/5/6. Since standard wifi cards are supported. Maybe some want to use other cards such as Google coral cards.

Yeah Coral card is of interest as you should be able to partition and delegate to GPU / NPU / Coral.

I presume the 5x Sata might be of interest as you do have 2x pcie3 so twice the bandwidth and maybe use a 2.5/5 Gbe USB adapter?

I tested the shopping cart, there is now a standard rate (small and nice rate, it takes a long time to deliver) and DHL (fast shipping, 100% import tax guarantee ), maybe it detects the country’s IP and makes the options available to the destination. Anyway, a nice improvement. Aliexpress standard was mentioned just because it is taking ~35 days to receive the goods and has a nice tracking system, usually no import taxes for small values. I just got a few ov5647 (auto IR cut + nice lens) from Aliexpress / Banggood and with really good price (was really a good deal) and I wonder if I can get it to work. Maybe I will try it on 4B+ before and then when mainline ready for R3A.

Ah finally the board I’ve been looking for to pair with my Coral!

The Orange Pi 3 and its H6 hasn’t been the ideal host I’d assumed it’d be. I don’t feel like messing with hypervisors, either.

I definitely appreciate the 8G option.

Sure. Maybe a board with 10x SATA. Can anyone come up with a name? We are running out of names.

Already can do 8 but as someone mentioned it is a shame that the PCIe 3.0 drops to a single lane for what I can see as an addition of a 1gbe.

I will have a punt about the Serdes lanes so that you can correct me and explain properly to the community.

The RK3568 has 2x Serdes buses a 2 lane 8Ghz one connected to PCIe and a 2 lane 5Ghz that is a really confusing collection because it can be muxed into so many combinations.

As so far there has been no mention of the Quad serial gigabit media-independent interface that can provide 5Gbe
The RK3568 depending on chosen mux pattern and connectors can be a whole range of devices and what I think is missing here is the CM3 SoM as that for me will be the perfect industrial board.
Maybe a few choice carrier boards of specific focus will be provide or like Raspberry a all-in Dev board and the carrier and function will be down to customer design.

Its not a matter of more boards as currently x8 Sata could be supported and +2 is not much of addition, but its biggest problem is bandwidth as your juggling with the bandwidth of the Sata controller and the access of the Network provided.
Its a no brainer that the unique selling point is NVR/NAS as the RK3568 has been designed with some quite unique NVR/NAS features.
The camera interfaces + NPU + recording makes for some cutting edge NVR that probably could also make a descent application NAS.

Because of the forum I know that a CM3 based on this is likely and due to that I now think you already have too many boards.
The Rock3A I presume is designed to work with the same sata board that RockPi4 does but double bandwidth.
The Rock3B due to dual ethernet with failover I presume is trying to focus on ‘more’ industrial applications.

But because a CM3 SoM is imminent and likely to provide a whole range of industrial applications you have a Rock3A with the same form factor of the RockPi4 so likely it can use the same PCIe adaptor board.
I hated with a passion the PCIe connector and how it mounted on the heatsink that eventually got fixed to some extent with a proper shielded PCIe extension cable.

Why on a new board you are copying what turned out to be sort of OK when you can just use a m.2 JMB585 direct even if the Penta Sata Hat was a good price, as it already exists for the RockPi4 and m.2 JMB585 cards already exist.
The Rock3b provides a great format but then loses a lane for a concession to be more ‘industrial’ whilst really that is likely to be the CM3.

You probably have too many boards already with fractional amounts of difference and for me a 2 lane Rock3B with singular but maybe faster Gbe?, no Rock3A and CM3 give difference and choice to the RockPi4 as why provide an almost identical board.

I think the bluetooth/wifi on PCIe m.2 E key is a good idea as it gives choice if needed or even LoRa or other E key cards, nRF52840.
The keys on M.2 cards confuse but are A + E keys just like B+M where they will fit a A or E keyed connector.
As presume a A+E key Nic could also be used or even M.2 E key Accelerator with Dual Edge TPU with multiple accelerators?

It supports up to two phy, but there is no SGMII to dual/quad 2.5G phy at the moment.

Deka is a good name, seems. We are dropping the Pi in the name btw, because we are in a different direction now.