Any plans to add RockPi 3A (B?) to meta-rockchip/meta-radxa yocto layer? 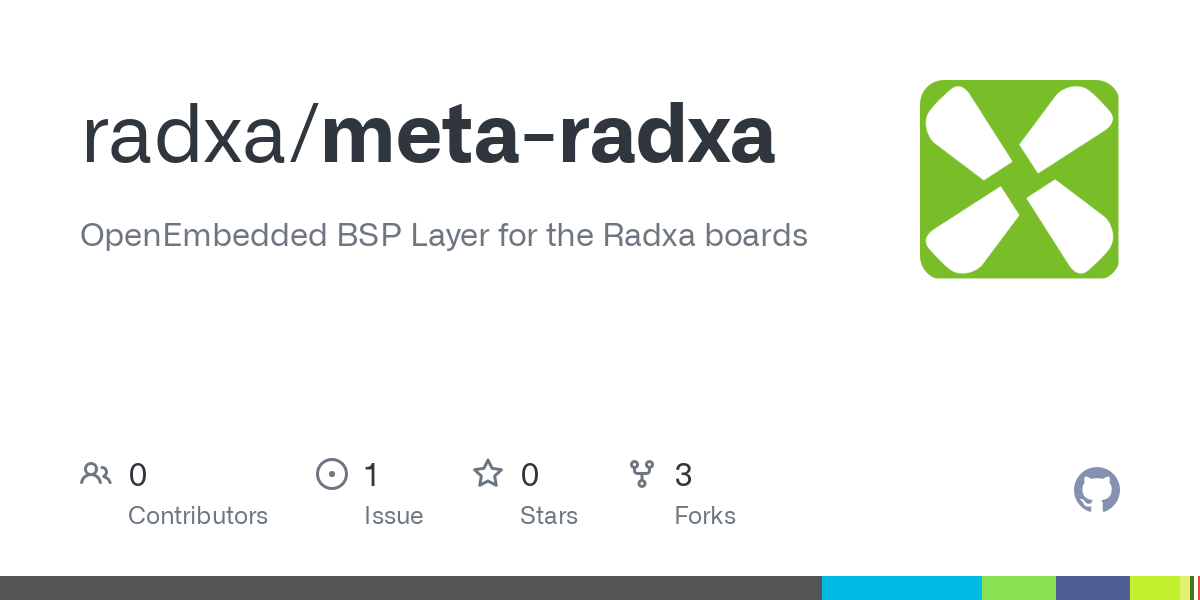 OpenEmbedded BSP Layer for the Radxa boards . Contribute to radxa/meta-radxa development by creating an account on GitHub.

Hi, I tried using meta-rockchip from rockchip-linux Github. But they removed the repo, and now you should use a mirror. As machine I used rockchip rk3568-evb, it works but the kernel 4.19 is configured for evb. You can try to replace the kernel recipe by adding the radxa kernel.

This is the mirror from JeffyCN Github: 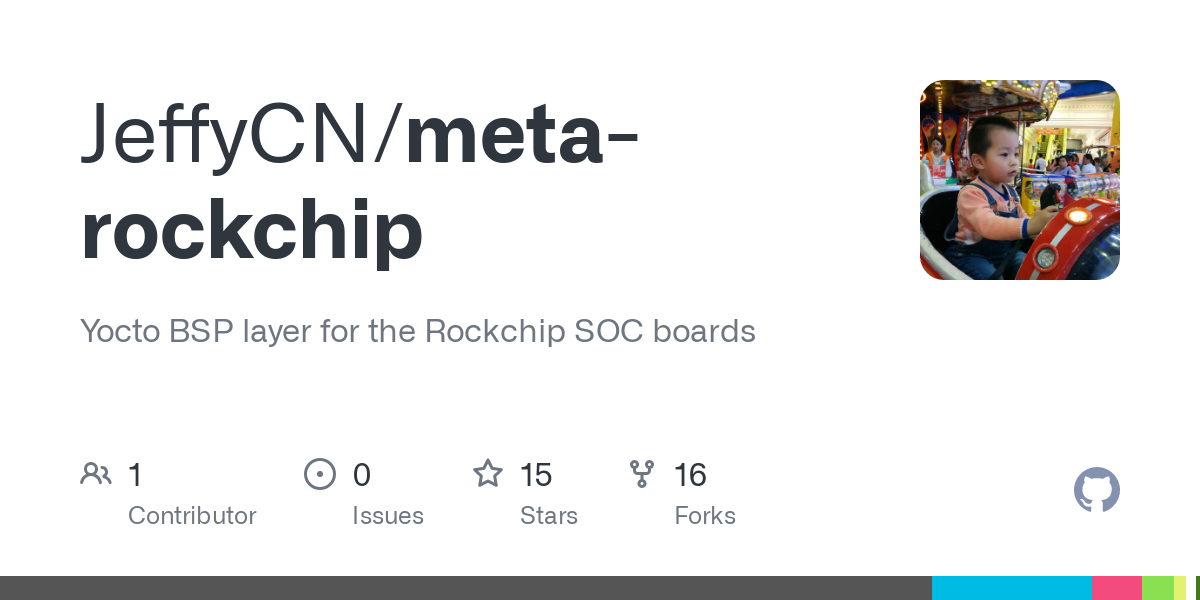 Yocto BSP layer for the Rockchip SOC boards. Contribute to JeffyCN/meta-rockchip development by creating an account on GitHub.

Are there any other quirks or pitfalls to know of when running the yocto image on the RockPi 3A with machine set to rk3568-evb?

Also could you elaborate what you mean when you say that ‘kernel 4.19 is configured for evb’?

I did try to use the meta-rockchip, but it did not boot (I did not have serial plugged in to access the bootloader and check) and also meta-rockchip does override lots of things without restricting itself to its own soc family, so enabling that layer would cause every build to include its stuff (and kernel, etc) even if you build for a different MACHINE.

The last issue is more pressing to me, since the point is being able to run same software across different hardware. I’ve started with my own BSP layer and appended the recipes to use radxa’s repos instead of rockchip but I haven’t finished (It does not boot). I should have some time over the weekend to connect serial to it and check further.

Interesting. So no image with Yocto for now?
I would need it too with Rock3A.

So far I haven’t not progressed much. I don’t want this thread to be just complaints … but I see a bit of support from radxa kinda “missing”, which is undertandable since they don’t look like specialized in linux development, so I’ve tried to follow their kernel git history/forks, but this leads to a dead end of a series of forks to someone which made a snapshop (i.e. forked without any history at all) so I cannot split easily what is “radxa specific” from the 4.19 mainline. It is also difficult to do alone when something “doesn’t boot” that it involves so much custom repos (dts, u-boot, linux kernel) that takes long time to debug.
Other side is apparently Rockchip’s side which I would have imagine they would have way more investment to make mainline support or even maintain better quality for the EVBs. The fact that most of rockchip specific codes now lives under “JeffyCN” github account instead of the corporate “rockchip” is tricky. I’m trying to wrap lots of yocto calls to fetch files from JeffyCN and move them around to “expected places” because I cannot just re-publish those files that copyrighted by Rockchip.

I would be more than happy to help out sorting this stuff out as what I’ve been doing for my own projects, but it takes time and effort for me which I only want to be able to use my 3x RockPI3A that I’ve purchased from my own pocket, no commercial interest here. But it get disappointing when you hit some issues (like my thread about CAN bus not working, even though I did exactly what Radxa documented, using same eletronics) and Radxa apparently did not even try to help or comment.

Still I did not drop my project, just is progressing slower than expected.