What configuration was used to build Android 9 NVME U-Boot SPI?

I’m modifying U-Boot to implement some custom boot logic for Rock Pi 4b. What I would like to do is to use (customized) U-Boot in eMMC to boot into Android image installed on NVMe drive. I would like to know which configuration was used to build uboot-trust-spi.img in this link.

I saw this comment that says rk3399-pie-gms-express-baseline branch from radxa/u-boot repository was used to build the image, but it doesn’t specify the commit ID and the exact configuration. I tried rock-pi-4b-rk3399_defconfig, but U-Boot built from that configuration was not able to boot Android from NVMe. Can I get the information on how to build that uboot-trust-spi.img myself?

Maybe you can advise on this problem?
I have Android 9 on emmc but try to boot Manjaro Linux from a micro-sd card.
It doesn’t boot, it uses u-boot 2020.04 and kernel 5.7
Only after I erase the whole emmc and then insert the micro-sd card, does Manjaro Linux boot correctly from a micro-sd card.
Is it a problem with the u-boot on emmc or SPI u-boot?
Any way to fix it so it can boot from micro-sd card correctly and if removed, Android on emmc can also still boot?
I would also want to add USB boot for Linux first in u-boot so it boots USB - Micro-sd - emmc in this order if it finds any Linux OS on there.
I heard Android can’t boot from USB, but is there a way to do it with a newer u-boot perhaps in future?

Here is a link to Manjaro Linux 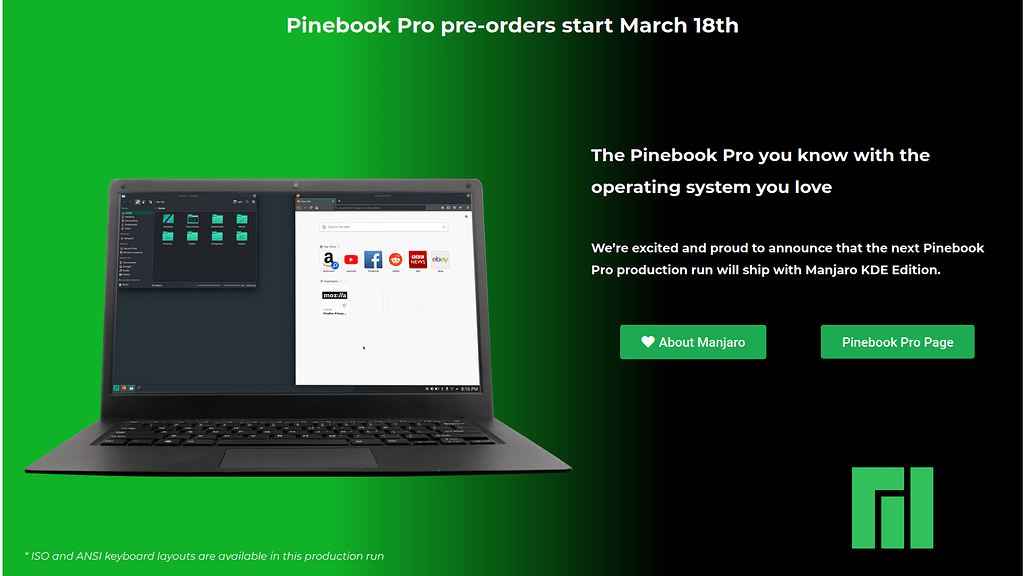 The wifi has been known to be a little wonky on the mainline kernel. Can you try the linux-pinebookpro kernel instead?

It may take time, boot Linux and Android are two different ways.

Hello Lili, thank you for the reply. The configuration file (link) in the branch doesn’t seem to enable the NVMe driver. Am I missing something?