Hello
I connected serial console cable and tried to get some output from rock3a, both rx and tx communication works, but I cannot boot from it when console is attached. It displays “Starting kernel …” message and goes back to u-boot command prompt.
When I reboot and disconnect RX line it boots system with no problem and reconnecting console cable gives me output from kernel and then system login.
Is there any additional command I need to invoke?
Is there any docs and examples about u-boot with examples on radxa products?

What usb to TTL serial cable are you using? Make sure you are connecting the pins right.

I’m using USB RS232 FT232RL UART, seems that it’s based on same FTDI chip as in docs. I don’t expect there is anything wrong about cable or connected pins because I can read and send back messages (if it’s connected before power then it stuck at u-boot, if some time after - then I have kernel boot messages and login prompt, on both I can send and read messages).

i have the same issuse

this is exactly same thing as on my side,
aghost: do You have system on sd card or emmc?

I just tried other UART to USB adapters with Rock3A 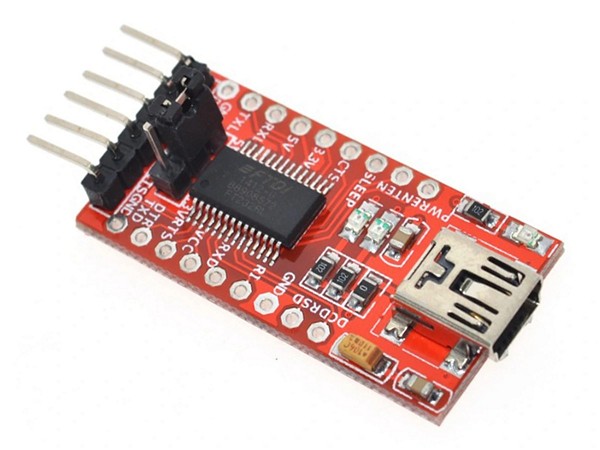 I needed to install ftdi drivers and was able to connect to rock 3A with 1,5M baud rate, it worked but as I wrote earlier u-boot won’t boot kernel with it. If it’s connected after system is booted - then without any problem I can log in, send and receive messages from system, I tested crux-arm and debian - both worked out of box.

Easy to connect but probably something is wrong about baud rate, I could get some weird characters on console but nothing readable. Probably blutetooth is limiting bandwidth of device but I’m not sure. Maybe it could work with lower baud rate. 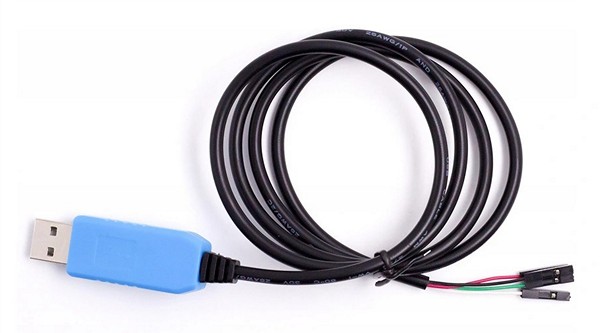 I hoped that it’s same one as in wiki page, but I could not run it. No drivers needed but same thing as with BT adapter - only weird chars on console. Yet again maybe with different baud rate it can work. 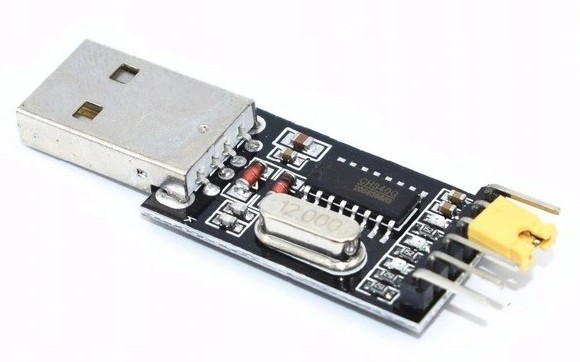 This was cheapest and I expected that there are less chances to make it run. I was wrong

This adapter don’t needed any driver, connected with 1,5M baud rate and has no problems to boot system with u-boot. It cost less than $1 so probably You can’t get anything cheaper

@jack - as You said - it’s all about right adapter, but the one from wiki probably don’t work or I have something different inside this blue case.

Good news for me is that at least I have some adapter that don’t cause problems.

sd card only.
i just test on my self made ft232r usb to ttl board, i will try to made a ch340 board, tks of your test

I was just curious if boot source (sd card) makes any difference with debug console. Now - after I test more adapters I know there are some that works with no problem. I’ll have eMMC card by the end of year and will repeat that test. For now we just need to find right, compatible adapter. Good news is that cheapest one worked perfectly

i had update these to the wiki page

i had confirm this solution when boot from emmc module

Here is one another uart adapter based on CH340G 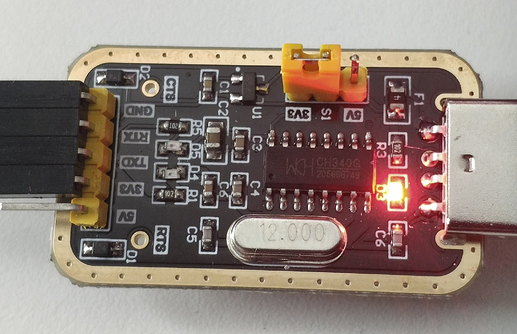 works perfectly, I think anything on this chip should be ok
I think I got it from here: https://ameridroid.com/products/usb-uart-serial-console

ch340 series usb to ttl chip from nanjing wch works perfect.
if you want it work more stable, you can try to use oscillator instead of crystal.
like this 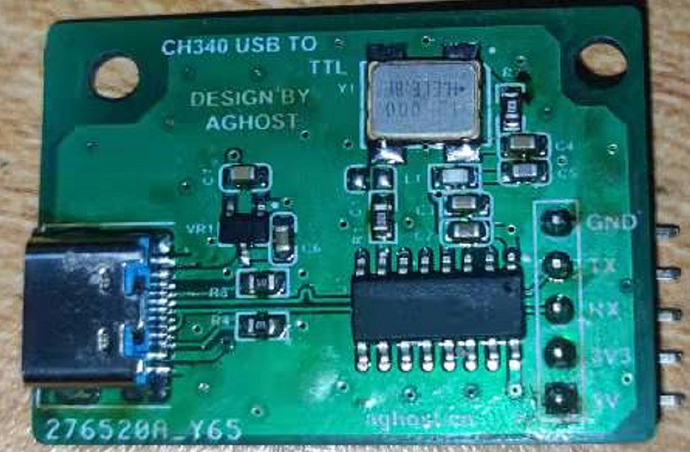