I am unable to boot in maskrom mode. I wish to install images to the eMMC and need to do it this way because the eMMC is soldered.

I have tried on both Windows and a RaspberryPi with Ubuntu server 64 bit on it. I am using a USB-A to USB-A cable, labeled as 2.0 (if that matters). It is being connected to the upper blue USB port (What side is it for upper? I tried both). Powering the device is made with a USB-C cable to a powersupply (If that matters). As troubleshooting, not releasing the button under the USB-C port prevents the Rock Pi 4B+ to boot into the eMMC.

I dont seem to have any error, it just boots into the OS in the eMMC after releasing the button under the USB-C port.

Steps I am performing after the drivers installations described on the wiki:

Eventually the eMMC OS kicks in (kinda fast catually). At any poiunt neither lsusb, rkdeveloptool ld, AndroidTool.exe nor Windows’ device manager show any difference or update.

I would also like to know how to boot to an SD instead (as a workaround).

What other troubleshooting steps can I provide?
http://ix.io/3s0A # Logs after not attempting to enter maskrom.

That does work. Is there a way I can update the Wiki? I don’t seem to have permission.

Thanks for the contribution. You need to register the wiki to edit it. 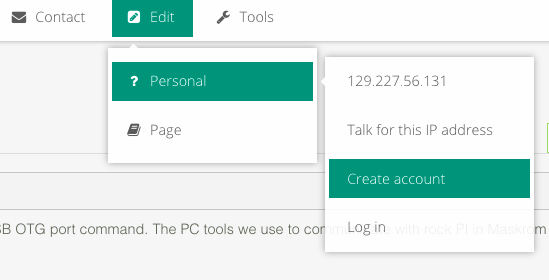