ROCK 3B ideas and discussion

Except the ROCK 3A with Rockchip, we have developed another RK3568 based SBC which we call it ROCK 3 Model B. ROCK 3B integrated some ideas we thought during the past years making SBCs.

A example layout of the board is shown as below: 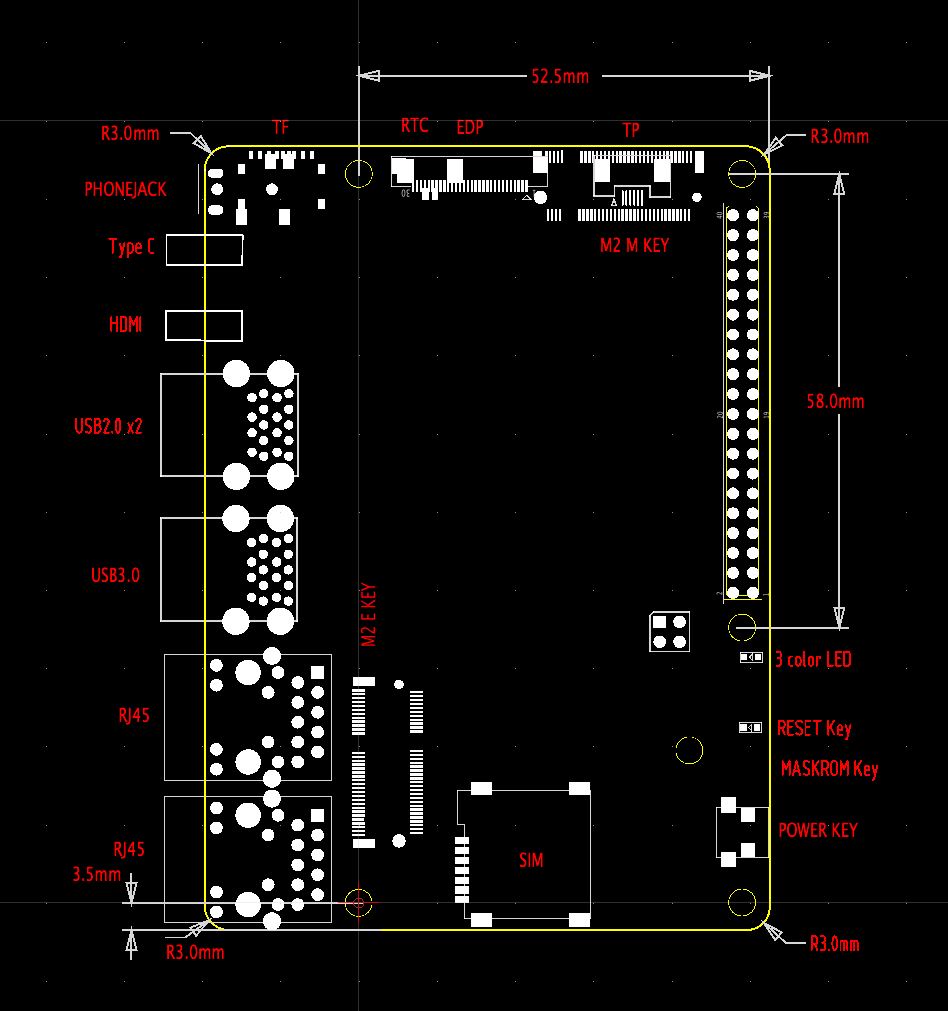 We call it “the perfect SBC form factor”. ROCK 3B is the first public board in this form factor. 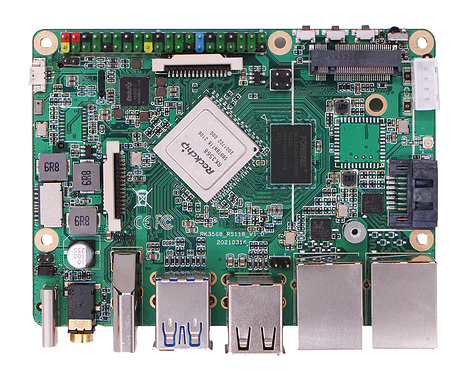 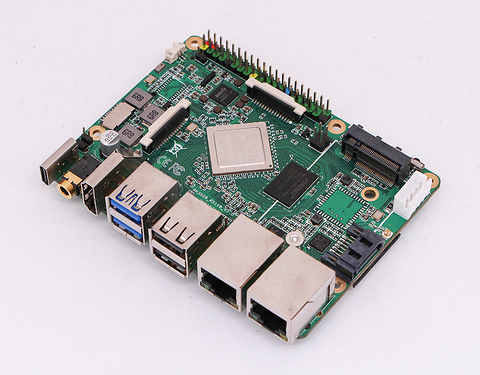 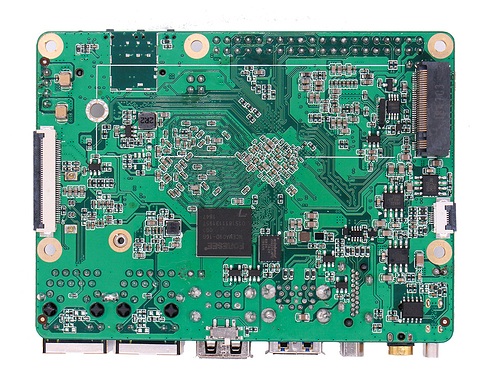 Here are a few projects that should be reasonably easy to implement with this kind of board, unlike most competitors:

While I am seeing a few things to like on this board (dual ethernet in particular), I am also seeing a MAJOR PROBLEM with the USB implementation;

There is a switch under the USB-A 2.0 host sockets. Am I correct in guessing that this is to configure it into that abusive mode where it INCORRECTLY uses one of the USB-A ports as a DEVICE port?

If that is a case, I will DEFINITELY NOT be purchasing one of these unless you fix it.

The specifications for the RK3568 I’ve been able to find are unclear, but it appears to have two USB-3.0 ports and 2 USB-2.0 ports. One of the 3.0 ports is DUAL MODE, which MUST be wired directly up to a “C” port (which can also power the board). It would be nice if the second 3.0 port was also on a “C” port, but not a deal breaker. The USB-2.0 ports should be wired to internal interfaces, no need to expose them externally. This should provide enough space to lay all the connectors flat on the board rather than using much weaker vertical C and HDMI ports.

It should also be possible to power the board through a barrel jack instead of just the “C” port.

Will the ROCK 3B have interchangeable (replaceable) eMMC up to 128GB, or is it soldered directly to the board?

Will the 3B have the 8GB LPDDR4 option?

Are WiFi and Bluetooth built in, or must they be added as an option?

Dunno as trying to get my head round the layout.

The 2x 1Gbe isn’t that much of thing for me as 2.5gbe/5gbe USB adaptors work quite well, but guess you could bridge them on 1gbe switch.

The PD/QC power support via USB C is just power only? As thinking so and guess if needed just get a barrel convertor, but use is not losing a USB, which is no problem.

3.5mm you may hitch up to audio as its audio out via the DAC and presume the audio adc is on the GPIO?

Not really sure what “abusive mode where it INCORRECTLY uses one of the USB-A ports as a DEVICE port” means but presume it can switch between host or device so it can be a normal USB or act as a gadget?

I guess a single pcie 3.0 lane is going to work no different than 2x pcie2 to the JMB585 that will still provide more bandwidth that a single USB3.0 and still more than maybe the more normal ethernet when bridged can pull.

I guess the biggest advantage for the 3B is just that both m.2 mount as normal board mountings which is quite cool than sort of strange daughter boards with each additional connector giving possible problems.

For me I am curious about AI and partitioned delegates with TensorFlow Lite as interested as much in the Mali GPU as the NPU. 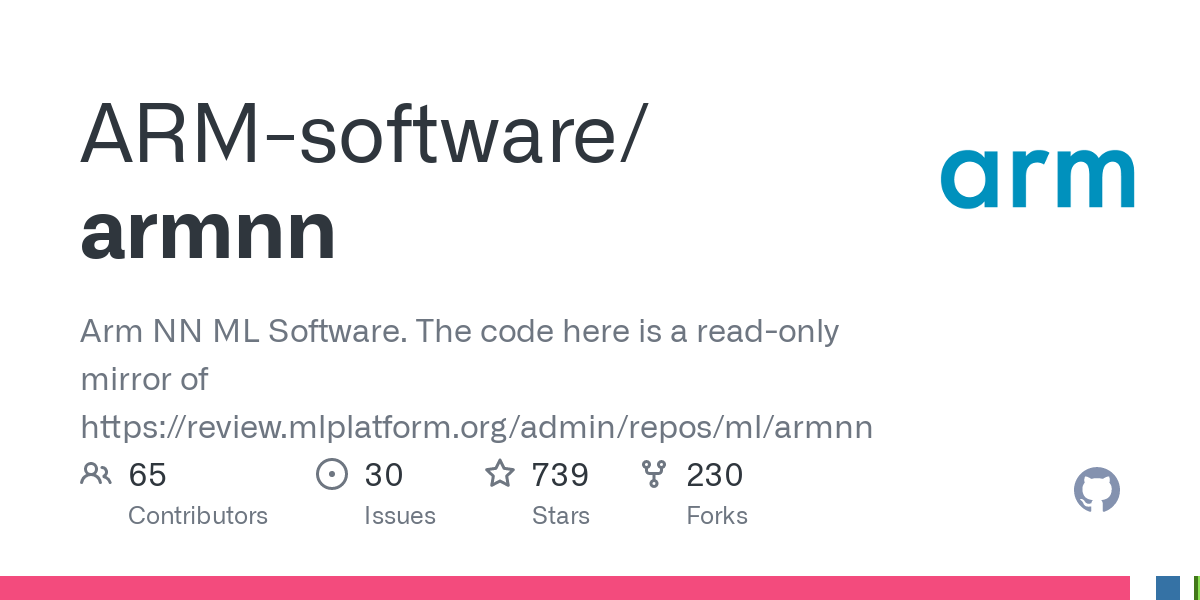 “SATA support through the USB 3.1 ports” So I presume with the onboard and an addon card this means native x8 even if the bandwidth of the pcie sata is limited to a single lane.
I presume there will be a low cost adapter cable onsale at one point, but this is all new to me, but sounds like it isn’t a bridge and the usb ports are muxed to a sata controller.

Yes, 3B will also have 8GB LPDDR4 options.

Currently WiFi/BT is built-in but it’s not finalized yet. Some users want LTE/5G module support.

I also prefer built in (on board) WiFi/BT.

BTW, I really like the 3B layout over the 3A layout. What are the mm length and width dimensions for both boards?

I opt for battery support (build-in UPS). The safe (controlled) shutdown is crucial for any IoT / industrial applications.

Will the RK3568 make the Rock 3B comparable in various speed tests to a Raspberry PI 4, or is it more along the lines of the Raspberry PI 3 in this regard?

As to the Mali 52 GPU, I’d presume that to be vastly better than any Raspberry PI for video. Is this an accurate presumption?

Somewhere in between A55 apparently not much faster than A53 but clocked faster @ 1.8Ghz and maybe with cooling clock to 2.0ghz whilst the Pi3 you might get 1.5Ghz.

So stock 1.4Ghz:1.8Ghz and a tad more for the slight A55 improvements.

I am guesstimating very close to central in between Pi3 & Pi4.

I like the form factor and ability to mount 2280 directly on the board, but

On the one hand, 5G modems will benefit from pcie 3.0 link.

There is no perfect solution due to limited number of pcie lanes. /=

I believe an acceptable compromise can be made that might satisfy all users:

This way, all users will be satisfied. Users who want a 5G instead of 4G modem, or users who want latest 802.11ax wifi or Bluetooth 5.2, will have to pay additional price for adapter. But everyone can be happy.

But who is going to want a 5g modem on a quad core A55 that has just a bit more ooomf that a Pi3?
Its great that it could but just like I was thinking with the sata controller its a bit pointless with what you can do with that I/O with the hardware available.

Its a bit like putting alloys on a wheely bin.

But who is going to want a 5g modem on a quad core A55 that has just a bit more ooomf that a Pi3?

I think they are still wondering what to do with the organisation of PCIe to maximise application usage and sales.

As for 5G I disagree and nothing to do with function as IoT will have specific reasons to use a dedicated 5G connection due to cost.
Its just far more cost effective to network with various other wireless/wired technologies that are routed through an already existent network connection of no extra cost.

So no I neither realize or think that a low end edge device like this is going to have any saleable value for offering 5g.
Its like the wheelie bin with shiny alloys as it doesn’t hold anymore rubbish or is emptied faster

Its the Rock 3A because for most parts the RockPi4 is better and likely to cost the same or even slightly less then the additional m.2 wifi/bt card may add.
I never did like the expansion card m.2 design but apparently the new shielded ribbon cable is better.
I think the 3B got an extra 1Gbe ethernet because there didn’t seem to be an application that could use the bandwidth contained in a 2 lane PCIe m.2 and the embedded Phy can be easily added.

The Pcie 2.1 single can still provide a m.2 1Gbe ethernet and to be honest confused to what you could really do but think the extra cost of an extra chip to get a single 5Gbe ethernet and retain 2x pcie 3 lanes could be worthwhile.
I think you would still retain x1 1Gbe & 1 USB3.0 and its choice if to add another nic on the PCIe 2.1

My thoughts are it would be better to have 2 different Pico-Itx format boards and forget about the Rock3A board as the Rockpi4 has that covered.
Other than that I am a bit confused to what you could use the bandwidth of the 2 lane PCIe 3 for even if it sounds great.

For 5G modem, it doesn’t matter if bottom slot has 1 or 2 PCIe lanes. For SSD, 2 lanes in single slot matter. For SATA controller, 2 lanes in single slot matter. You say yourself that 5G modem is edge case. Yet 5G modem was given as reason why bottom slot only has 1 PCIe lane to it, and top slot has PCIe 3.0 and SIM wired to it, without USB. Most 4G modems - which are cheap nowadays - use USB. Evidently you didn’t participate in Telegram group discussion when Rock 3B was announced, hence you seem to lack context.

I am asking to improve situation for many if not most users, by making bottom slot 2-lane (so that SSD and SATA controller users can have better speeds), and adding USB to top slot, so that 4G modem users can use this slot without adapters. 5G modem users, however, in this scenario will have to suffer by either using PCIe 2.1 top slot, or using an adapter in bottom slot to get PCIe 3.0.

The Pcie 2.1 single can still provide a m.2 1Gbe ethernet and to be honest confused to what you could really do but think the extra cost of an extra chip to get a single 5Gbe ethernet and retain 2x pcie 3 lanes could be worthwhile.

Why should Radxa do that? If PCIe 2.1 lane is routed to the second slot, users who want 5GBe NIC will attach 5GBe nic themselves, and those who don’t - won’t bear the cost.

@hipboi what do we lose if we implement 2x PCIe 3.0 on bottom m.2 slot, PCIe 2.1+USB+SIM on top m.2 slot? From my understanding we loose SATA, and need to add a switch or hub to get top slot’s USB, but maybe I am wrong…