Is it possible to downclock the Rock Pi 4?

I would like to use the Rock Pi 4 without heatsink. The project already runs on Rpi 3B+. I would like to use Rock Pi, because of the eMMC which RPi doesn’t have. The extra power from RockChip is not needed, instead I would prefer to run it on lower temperature by downclocking it. Is this possible?

You might want to take a look at the cpufrequtils package in Debian/Ubuntu, it might do what you want.

The Armbian image has builtin tool for this already contained in the armbian-config tool.

I don’t think it actually needs to have a heatsink. The CPU will throttle as it heats up in order to prevent exceeding the safe limits. It should react fast enough even without any added thermal inertia. If you’re worried about it, just glue on a block of aluminum, even without cooling fins it will add some mass to slow down the rate it heats up at, giving more time for the speed to throttle down.

That’s great. I have also found the official heatsink has some issues. I was looking also to put a clip mounted heatsink for BGA. I have found these types: 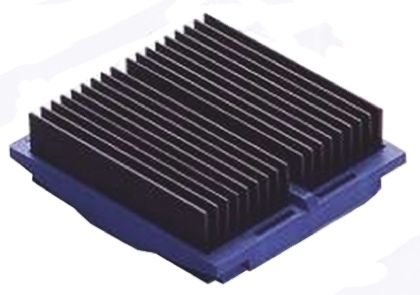 I don’t see much of the details on those, however, most “clip mount” heatsinks would require the mainboard to be outfitted with the proper mounting holes for it, which this board isn’t.

2-sided thermal tape is a good medium between glue and clips. 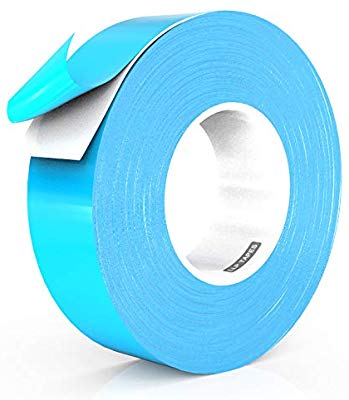 If you need to remove it, heat it up to around 100C and twist.

Or if you are permanently mounting it in some kind of chassis, you can use a thermal PAD to conduct heat from the CPU into the chassis.

The listed heatsinks have a tiny clip that clips on the BGA chip without any additional hole in mainboard. It clips in tiny gap between PCB and BGA, this gap is due to the BGA balls height. The chip doesn’t lay flat on PCB, rather it has a small gap.

It could be a good alternative to official heatsink, which makes difficult to access eMMC. You could try it and resell t as accessory.

Well… if you’re not always removing the eMMC, you could go for the official high profile case with built-in heatsink… I’ve got 3 of them, all work just fine - no issues.

You still get access to the SD card slot with the case on.

I have a Raspberry Pi 4… running as a backup DNS pihole server, and it runs at 41.1 C… with just pi-hole on raspbian. I have a Rock Pi 4b… running a bunch of services - including primary DNS pihole on armbian stretch… it’s only at 31.6 C.

Mine runs Armbian buster minimal downclocked to 400Mhz-1Ghz with on demand governor. It runs nothing. Without heatsink the whole board becomes hot 65 C, with official heatsink 46 C.

I would like to share my recipe (tested) how to downclock Rock Pi 4.
I use official Ubuntu Server 18.04.

Now you have Rock Pi 4 running at minimal frequency.